The Most Effective Diet For Reducing The Worst Kind Of Fat

A team of researchers from Ben-Gurion University of the Negev (BGU) led by Professor Iris Shai recently published a long-term study on the impact of Mediterranean and low-carb diet and exercise, measuring their impact with magnetic resonance imaging (MRI) scans to map body fat distribution. 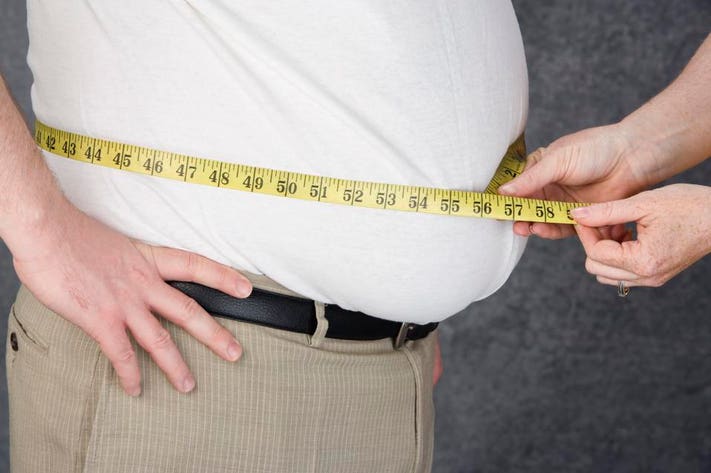 For their study, the researchers used the results of full-body MRI scans of 278 obese participants, detailing their fat distribution before, during and after the 18-month trial period to analyze the effects of 2 specific diets on body fat distribution.

The study demonstrated that a low-carb Mediterranean diet had a more significant effect on reducing fat around the liver (hepatic fat), heart and pancreas, compared to low-fat diets with similar calorie counts, while overall weight loss between the diets revealed no  significant difference. The team also noted that moderate physical exercise reduced the degree of central abdominal obesity, a known risk factor for developing metabolic syndrome (associated with elevated blood pressure and cholesterol), and linked to increased risk of  heart attack, stroke and peripheral artery disease (PAD).

Reducing liver fat by 30%, along with moderate weight loss is an important aspect of reducing health risks associated with obesity from a long term perspective, according to the researchers. High liver fat content is associated with metabolic syndrome, type 2 diabetes and coronary artery disease . Along with moderate weight loss, fat around the heart decreased by 11% (nearly 70 cc reduction in volume) and visceral fat was reduced by 25%. Meanwhile, fat in and around the pancreas and muscle was reduced by only 1 to 2%.

“ Reduction in liver fat is a better predictor of long-term health than reduction of visceral fat , which was previously believed to be the main predictor,” explained Prof. Shai, a member of BGU’s S. Daniel Abraham International Center for Health and Nutrition and School of Public Health in a press release. “The findings are a significant contributor to the emerging understanding that for many obese individuals, excess liver fat is not merely a sign of health risks associated with obesity, including cardiovascular disease and diabetes, but is likely also a cause.”

The research team evaluated the impact of reducing liver fat (in relation to overall visceral fat) by looking at the results of 278 overweight people who followed one of 2 diets:  a Mediterranean diet and a low-fat diet. They followed and tracked the participants for 18 months, measuring blood biomarkers and evaluating fat distribution on MRI scans.

For the study, the low-carb Mediterranean diet group featured a diet low in red meat, with moderate amounts of poultry and fish, along with fresh vegetables, legumes, and healthy nuts. The goal of the those in the low fat diet group was to limit total fat intake to 30% of total calories, with no more than 10% saturated fat, less than 300 mg per day of cholesterol, and to increase dietary fiber.  Participants were also instructed to eat whole grains, fruits, vegetables and legumes and to limit their consumption of extra fats, refined sugar, and snacks with excess high fat.

In a nutshell, the researchers found that reducing liver fat, not just aiming for weight loss in a general sense, is more important when attempting to reduce the myriad risks associated with obesity. Visceral fat, which is metabolically active, is the fat that encases all organs in the body, most importantly the liver, heart and bowels. This is the most dangerous type of fat and significantly increases the risk for heart attack, stroke and peripheral artery disease (PAD).

Participants in the low-carb Mediterranean diet group demonstrated a significantly greater decrease in hepatic fat content (HFC) than those in the low fat diet group, even after accounting for the differences in visceral fat loss noted on MRI scans.

Another aim of the researchers was to evaluate the ability of different blood biomarkers to reflect the effects of diet on observed changes in hepatic fat content (HFC) or liver fat. Serum levels of GGT, ALT, chemerin, and HbA1c  were significantly reduced, after adjustment for total weight loss or change in visceral fat content.

The study also demonstrated that the risks of heart disease were reduced to a greater degree in those on the low-carb Mediterranean diet compared to those on the low-fat diet, reflected in measurements of their lipid profiles and visceral fat deposits on MRI scans.

The Benefits of the Mediterranean Diet

One of the most important health benefits of the Mediterranean diet is that it includes whole foods, according to Sharon Zarabi, RD, CDN, CPT, Program Director for Bariatric Surgery, Lenox Hill Hospital, Northwell Health.

“This is a huge benefit to anyone’s diet as it includes foods from nature, food that our bodies actually need,” explained Zarabi.  ”It includes a diet high in omega-3 essential fatty acids.

Essential fatty acids are obtained from fatty fish, seeds, olives and plants. “We don’t produce it, so getting it from diet is key,” she emphasized. “Omegas-3’s also have anti-inflammatory properties, which is what keeps us healthy and lean.  Inflammation causes us to bloat and store fat, and usually occurs when the body is under stress from toxins and disease.”

One question is whether a low fat diet has any adverse health effects compared to the Mediterranean diet.

Zarabi explains that there are caveats to a low fat diet. “A low fat diet may be high in processed foods. Pretzels, for example are low fat, but that doesn’t necessarily mean they are healthy.  Pretzels are full of flour which turns into sugar, and sugar as stated above causes inflammation within the body.  Low fat foods does not mean low calorie, and as new science emerges we are learning that we had it all wrong.  Dietary fat and body fat are not the same!”

For optimal heart health in the general population, Zarabi states that “I am a huge supporter of the Mediterranean diet.  It includes a good balance of heart healthy foods, plant based and protein sources from fish and seafood.  When we look at the blue zones across the world, where the happiest and healthiest people dwell, we find them in Mediterranean regions.  They must be doing something right!”

“Fatty liver disease is most often caused by excess sugar that gets stored as fat and elevates triglycerides within the blood.  In order to shrink the liver we must eat a plant based, whole foods diet including foods that come from the earth and the sea,” offers Zarabi.