Usually it’s police who come to the rescue, but for one sheriff’s deputy in Florida, it was a man with a concealed carry permit who saved his life.

The deputy tried to make a traffic stop Monday morning but instead of stopping, the driver took off, driving more than 100 miles per hour. After following the suspect onto an exit ramp, the driver got out of his car and started assaulting the deputy, identified as Dean Bardes.

Shanta Holditch told WZVN that the suspect pulled the deputy out of his car and “just kept beating him and beating him … throwing him to the ground and punching him in all different directions.”

At that point, WINK reported, another driver got out of his car and ran to the scene. He told the suspect that he’d shoot him if he didn’t stop beating the deputy.

When the suspect didn’t stop his attack, the third man shot him three times. The deputy was not hit. The suspect later died.

“I heard like three shots. He fell down on top of the police officer,” said a witness who would only give his last name, Smith.  “After a moment, the police officer rolled him back over, got on his mic, then rolled over back on the ground besides the guy.”

Bardes, a 12-year veteran of the Lee County Sheriff’s Office, suffered only minor injuries and was released from the hospital the same day.

If the ‘good guy’ didn’t have his gun, this story could’ve ended very differently for the deputy. 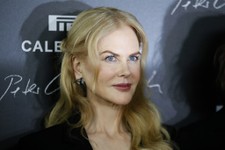 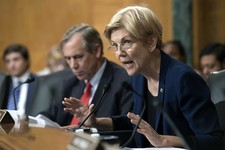 Pompeo: Even If Trump Asked, We’re Not Restarting Enhanced Interrogation

FLASHBACK: Denzel Washington: Sending Your Son To Iraq Is Harder Than Making A Movie

Clapper on Leaked Dossier: It Wasn’t the Intel Community